How to Know When a Leo Man Is Playing You? 10 Clear Signs Revealed! 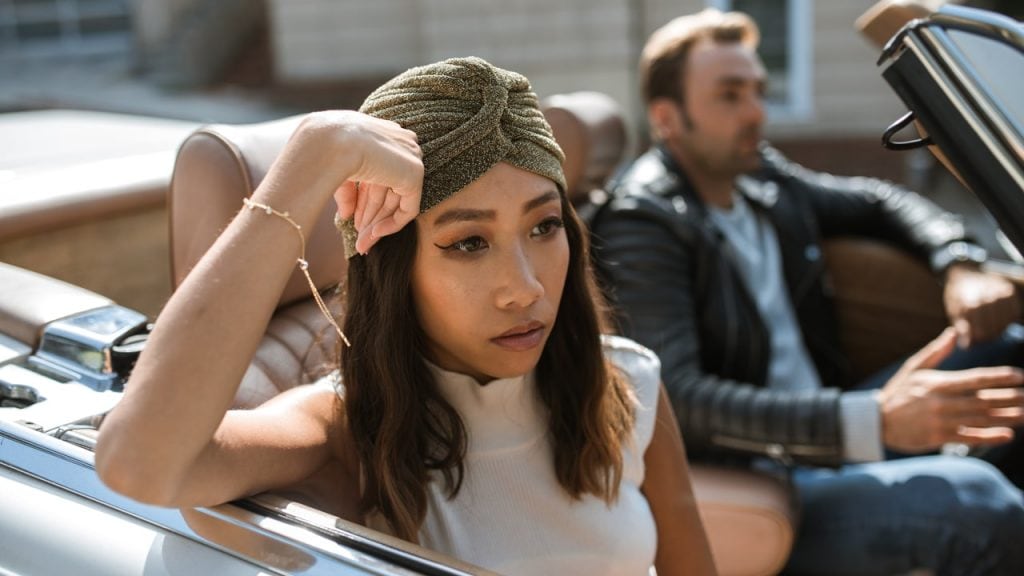 Do you have a Leo man in your life? If so, you may be wondering how to know when a Leo man is playing you. Leo men can be very charming, but they also have a tendency to be manipulative.

I’ve had a couple of experiences with Leo men that have left me utterly confused. How could such a charming, romantic, attentive man turn into someone completely different? This is often the case with fire signs such as Leo.

The key to knowing whether a Leo man is playing you is to watch his actions, not just listen to his words. Leo men are very good at telling you what you want to hear, but they may not always follow through with their promises.

Read on to learn more about how these signs may play out and what you can do about it if you find yourself in this situation.

How to Know When a Leo Man Is Playing You

1. He Does Small Things to Upset You

A dark characteristic of the Leo man is that he sometimes enjoys making others feel bad. He may do small things to upset you, such as not following through with a promise or canceling plans at the last minute.

If your Leo man is doing this, it’s a sign that he’s playing games with you. He enjoys getting under your skin and watching you react. The key is to stay calm and not let him get to you.

Leo men are very passionate, but if they are here to play games rather than commit to a relationship, they may be hot and cold. One day he’s attentive, loving, and affectionate; the next day he’s distant, unavailable, and unresponsive.

If this is happening to you, he is likely refusing to make a decision about the relationship. He may be enjoying the attention he’s getting from both you and other women.

The best way to deal with this is to set some boundaries. Let him know that you’re not going to put up with his games and that you deserve better.

3. He Isn’t Clear About the Relationship Status

Leo men usually like to be in control of the situation, and this includes relationships. This means that if he wants to make the relationship official, he will. If he doesn’t, he will likely keep things unclear.

If your Leo man is not clear about the relationship status, it could be a sign that he’s playing games with you. He may be enjoying the attention of other women and wants to keep his options open for now.

Don’t put up with this behavior! Let him know what you want and need from him, then see if he’s willing to commit. If not, it may be time to move on.

Leos are dominant creatures, but when they become too controlling, it’s usually because something is wrong. A Leo who is playing games will often be controlling and manipulative.

He will try to get you to do things his way or meet his needs without much concern for yours.

If your Leo man is being overly controlling, it’s a sign that he’s not taking your feelings into consideration. He may just be using you for what he can get from the relationship.

If he continues to be controlling after you tell him how it makes you feel, it may be time to move on from this relationship.

5. He Is Gaslighting You

Gaslighting happens when someone manipulates your reality. They twist facts and try to convince you that they didn’t do something they really did.

It can be a very dangerous thing because it makes the person being gaslighted feel crazy, like their perception of reality is wrong.

Leo men may use gaslighting as part of their game-playing repertoire if you catch on to what they’re doing. If you confront them about their behavior, they may try to convince you that you’re wrong and that it never happened.

If your Leo man is gaslighting you, he may have deeper-seated issues that need to be worked out before the relationship can continue. If this isn’t something he’s willing to work on or acknowledge, it may be time for you to move on from this relationship.

6. He Never Reaches Out First

When a Leo man is interested in a relationship, he usually feels comfortable taking initiative. This means you can expect him to call you, text you, or reach out to you in some way.

If he’s not doing this, it may be because he’s not interested in a serious relationship with you.

If your Leo man is never the one to reach out first, it could be a sign that he’s playing games with you and doesn’t want anything more than a casual fling.

A Leo man who is interested in a serious relationship will make an effort to reach out to you first. So if this isn’t happening, it’s likely that he’s just not into you as much as you are into him.

7. He Doesn’t Bring You Around Friends or Family

Leos love to show off, and this pertains to their partners too. Something is off if your Leo man doesn’t want you around his friends and family. He may also act differently around you when you’re with them, as if he’s trying to put on a show.

This often means that he has something to hide. He may also be telling people in his life that he is single, isn’t seeing anyone, or isn’t very serious about you.

This is a manipulative tactic that can make you feel insecure about the relationship and more willing to put up with his games.

8. He Only Talks About Himself

Leos love to talk about themselves. However, when they are in a relationship, they enjoy sharing the stage. If your Leo man never asks about anything going on in your life anymore, he clearly doesn’t see himself as a central part of it.

This may manifest in your Leo man talking endlessly about himself, or he may just be quiet when you try to talk to him about your day. Either way, it’s not a good sign if he’s no longer interested in what’s going on with you.

9. He Only Cares if You’re Boosting His Ego

Maybe your Leo man gets excited on occasion, even though he has generally seemed unhappy and distant. It’s important to ask yourself, “why is he feeling happier and more chatty in these moments?”

If these times only happen when he is bragging about himself or being complimented, he may just be using you to boost his self-esteem.

In this case, your Leo man is playing games with you and isn’t really interested in raising you up as well.

Related: Boost your Leo man’s ego with the perfect gift!

10. He Is Low Energy Around You

Leos are passionate fire signs. They are creative, fast thinkers, and actionable. If your Leo man is low energy around you, it could be because he’s not interested in the relationship and doesn’t feel motivated to put any effort into it.

This may be a slump that he is experiencing due to other factors in his life, but it’s not a good sign if he is generally unenthused and low-key around you. It could mean that he’s just not that into you.

How Are Other Zodiac Men Playing You?

After reading this article, I hope you have a better understanding on how to know when a Leo man is playing you. If you’re interested in how other zodiac signs could be playing you, check out the below articles:

Leo men can be incredibly attractive, both inside and out. It can be hard to admit that one may be playing games with you but it can save you a lot of grief and pain in the long run. Ultimately, the best thing to do is talk directly with your Leo man.

In general, Leos are straightforward, so he will likely be honest if you talk to him about these issues. You may also want to consider doing some deeper research on the Leo man.

You can read the ebook “Leo Man Secrets” for more in-depth information on how to make sure your Leo man is into you.