10 Clear Signs When a Capricorn Man Is Done With You 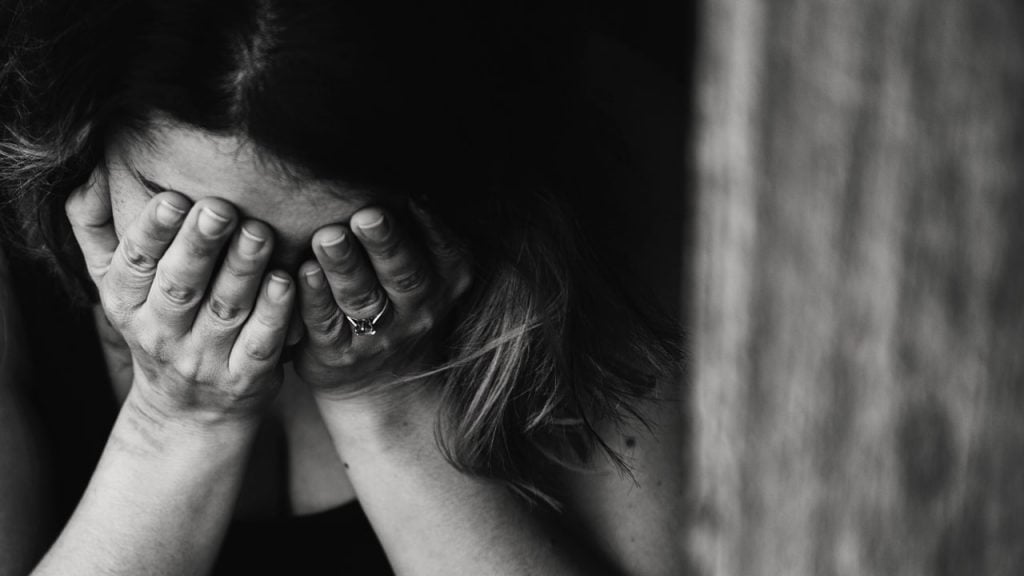 “I’m done with you.” He said as he walked away, “I don’t need this in my life anymore. It’s not good for me.” When a Capricorn man is done with you, you may hear these heartbreaking words.

I certainly did. I was left wondering what I did wrong. Where did I go wrong? What could I have done to change his mind?

I soon realized that the best I could do was to notice the signs as the relationship started to shift. I want to help you to identify the signs to know if this man is one you can get back.

Here are some of the tell-tale signs that your Capricorn man may be done with you:

When you can identify these signs in your relationship, you will be able to take the appropriate steps to save it. Don’t give up hope quite yet!

Read on to find out what’s really happening in his head, so you can decide what’s best to do.

Capricorn men are known for being stoic and distant at times. As the relationship progresses, he may start to pull away and spend less time with you. This can be a sign that he is no longer interested in the relationship.

You may notice that he is around less often, talks to you for shorter periods of time, and seems more preoccupied with other things.

As an Earth sign, one of the primary ways this man shows his affection is through physical closeness. If he doesn’t want to be anywhere near you, it’s a sign that he has lost interest in being with you.

Related: Find a gift to please your Capricorn Man

2. He’s Too Busy to Connect

Capricorn men are very goal-oriented, and often have many projects (or one very large meaningful project) that they are working on. When he is in a serious relationship, he sees his relationship with you as a project as well. He will give it the attention and care it needs as if it were a work or school assignment.

If he’s no longer making the growth of your relationship a priority, it may mean that he is moving on. If he says things such as, “I’ve got so much going on right now, we can’t spend as much time together,” or “We’ll have to wait until I’m done with this project before we go out again.”, it’s a sign that he has lost interest in continuing the relationship.

He may become irritated if you ask him to make more time for you. He may snap at you or tell you that he’s too busy to deal with this right now. It’s important that you directly ask him if this is a phase he is going through with his ambitions or a larger sign that he’s done trying to make the relationship work.

3. He Is Critical of Your Actions

These ambitious earth signs have very high expectations for themselves and others around them. While this can be motivating and inspiring at times, it can become overwhelming when he is constantly criticizing you.

4. He Struggles With Forgiveness

Capricorn men are very logical and practical. They often have a hard time understanding emotions, especially when it comes to forgiveness. This is because they are ruled by Saturn, the planet of karma and consequences.

If he is not able to forgive you for your past transgressions, it can be a sign that he has given up on the relationship. Oftentimes, Capricorns will withhold forgiveness until they have completely healed from the hurt. If this man is unable to move on from whatever happened in the past, it’s likely that he is preparing himself to leave the relationship for good.

Capricorns are generally very open and honest individuals. However, when their relationship doesn’t align with their lifestyle or emotions, they may begin to keep secrets from their partner.

He may start to withhold information about his day-to-day activities, or he may stop sharing important thoughts and feelings with you altogether. This can be a sign that he is no longer interested in opening up to you and wants to keep some things hidden.

If your man has always been an open book, it may be a sign that he is trying to protect you from something. If he feels as though the deeper connection between the two of you isn’t going anywhere, it’s possible that he has started to shut down and decide which feelings are worth sharing with you. He may be keeping quiet to avoid hurting you while he’s deciding if he wants to stay in or leave the relationship.

Capricorn men are very realistic, so they don’t feel a need to act as if everything is sunshine and rainbows all the time. However, if he’s started to act more pessimistic than usual, it could be a sign that he doesn’t see a future with you.

He may say things such as “This relationship is going nowhere” or “We’re just not compatible.” If his attitude towards your relationship has changed dramatically, it’s likely that he is preparing to end things.

When it comes to the point where he is actively expressing his dissatisfaction with you or your relationship, he is very close to walking away. Capricorn men rarely make such bold statements without an intention of taking action.

7. He Doesn’t Include You in Future Plans

Capricorns are the master planners of the zodiac. If you’re in a serious relationship with one, you will definitely be a part of his plans. However, if you notice that he isn’t including you in his future plans, it could be a sign that he’s ready to end things.

He may talk about moving away or traveling for an extended period of time without you by his side. If your man has always been someone who loves making detailed plans, this sudden change in behavior could be a sign that he is no longer interested in having a future with you.

Make sure that you’ve made it known that you want to be a part of his future. If he doesn’t want that, it may be your cue to walk away or have a deeper conversation about the relationship.

8. He’s Quiet When Around You

Capricorn men are naturally introverts and take a while to open up to others. However, when they feel secure in a relationship, they will be open and talkative. If he is suddenly quiet around you, it could be a sign that he doesn’t feel as though the relationship has any more to offer him.

He may not initiate conversations with you or even respond when you try talking to him first. He will likely close off completely and seem uninterested in spending time with you or communicating.

If he has always been a quiet guy, this change in behavior may not be as significant. However, if he is usually an open book and has suddenly gone into hiding, it could be because he’s preparing to leave the relationship.

9. He Tells His Friends and Family It’s Over

When a Capricorn man is ready to end a relationship, he will tell his friends and family about it. He won’t keep it a secret or drag things out longer than necessary. This shows that he has made up his mind and is prepared to move on.

If you’ve been noticing that your man has been talking to his loved ones about breaking up with you, it’s likely that he is getting ready to do just that. He wants to have a support system in place as he goes through this tough time.

This can be a sensitive topic for you, since you may be deeply involved with his friends and family. It’s best to keep it as civil and calm as possible. Make sure that you’re not the one to bring up any sensitive issues, but rather respond with support for him during this time and consider asking him directly about his concerns.

This straightforward man may simply come out and tell you that he’s done with the relationship. When a Capricorn man is completely finished with someone, there will be no mistaking it in his words and actions.

If your man says “I’m not happy,” or something along those lines, it could mean that he feels as though the relationship isn’t going anywhere. He may also feel that he can’t let go of a certain situation that happened between the two of you.

If he flat out tells you that it’s over and doesn’t want to talk about it any further, it’s best to respect his wishes. He has likely thought long and hard about this decision and knows what is best for him. It may feel incredibly challenging, but the highest road you can take is to thank him for his time and move on with your life.

When Are Other Zodiac Men Done With You?

Now that you have a clear idea of when a Capricorn Man is done with you, you might be wondering about other men. Learn about their signals in the below articles:

When a Capricorn man is done with you, he will make it known through his words and actions. If you’ve been noticing any of the signs listed above, it’s best to prepare yourself for the end of the relationship.

Be respectful and understanding as he moves on from what was once a significant part of his life. Since Capricorns are very independent, you will also need to take care of yourself and responsibility for your future as well.

If you don’t want to go through a breakup and want your Capricorn man to give you a second chance, then you will need to make some serious changes. Show him that you’re invested in the relationship and want to be a part of his future.

Work on being more communicative, supportive, and understanding. If he still doesn’t want to continue with you, then it’s time to say goodbye for good.

If you need support in making the right decision when it comes to connecting with your Capricorn man, check out Anna Kovach’s Capricorn Man Secrets for Women. This program gives you everything you need to know about how he thinks and acts, as well as what makes him tick when it comes to love.