10 Clear Signs When a Scorpio Man is done with you. 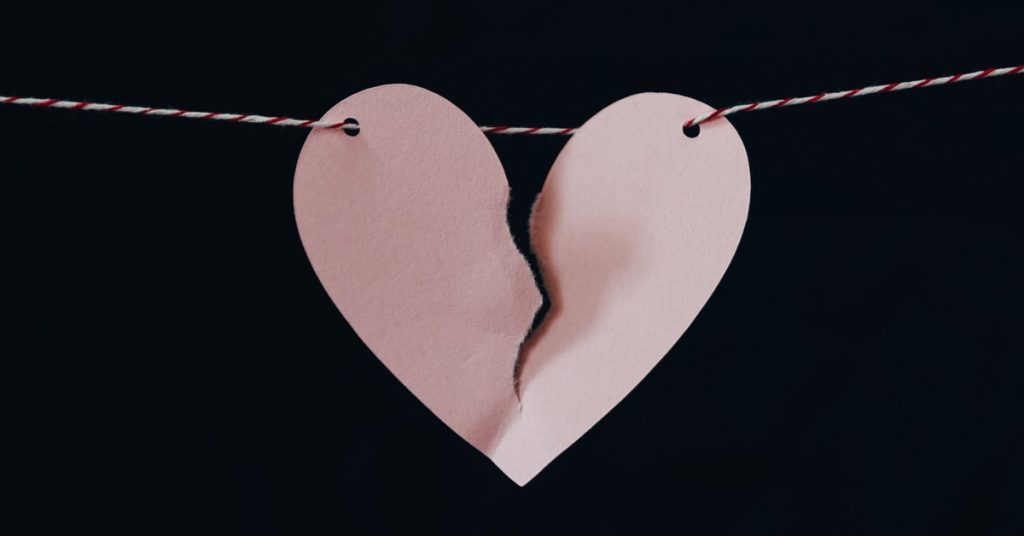 When distance comes between a relationship and foreshadows a breakup, it can be tough. If you’re anything like me, you don’t want to be stewing in sadness and resentment for too long. You want to get out and move on with your life!

This can be challenging when a Scorpio man is done with you. Scorpios struggle with communicating their feelings when they have one foot out the door.

When a Scorpio man is done with you, he’s going to show you the door. He won’t warn you by giving subtle hints or clues. However, the watery nature of his communication style makes it difficult to know what’s on his mind ahead of time.

Luckily, you can pick up on some clues before it’s too late. If you’re a fire sign like me, you will notice the passion leaving the relationship. If you’re a water sign, you may notice a lack of emotional connection. Earth signs will feel less secure with a distanced Scorpio. Air signs will begin to feel like there is nothing new to discuss with their Scorpio partner.

No matter what sign you are, you have the ability to pick up on these clues and take action. The following are some ways to tell if a Scorpio man is done with you.

How Can You Tell When a Scorpio Man Is Done With You?

A Scorpio man is done with you when his behaviors begin to change. Although Scorpio men are quick to pull the plug, he will start to pull away emotionally before this time.

Here are ten tell-tale signs that your Scorpio man’s feelings around the relationship are changing:

1. He Keeps Secrets From You

Scorpios are secretive. They don’t necessarily want to manipulate others. They simply don’t see the point in sharing their deeper aspects with everyone. When a Scorpio man finds a worthy mate, everything changes. He will open up and share all parts of his life with you.

You may have noticed that he was an open book at the beginning of your relationship, and now he is closing up. This is often a sign that he isn’t feeling the same connection that he was in the first place.

If he is flat out lying to you, he is clearly done. Scorpios are very honest and they don’t like to hurt others’ feelings. They only engage in lying if they are in situations that don’t feel authentic.

You’ll notice him hiding his cell phone screen, being vague about what he did that day, or disappearing to go hang out with other people.

Related: Find the best gifts for Scorpio Men in my gift guide!

Scorpios commit to their partners and are very loyal overall. If your Scorpio man starts canceling dates, he is telling you that he wants out of the relationship. He doesn’t know how to say it yet, but his subconscious mind knows it’s time to move on.

If your Scorpio man has always been a stickler about keeping plans and honoring agreements, then there are other factors at play here. This could be due to work conflicts, family emergencies, or other stressors that he can’t control.

If this is the case, take a moment to ask him if he is going through any stressful situations outside of the relationship. This will let you know if you’re the cause of the cancellations. Otherwise, there may be an understandable reason for his absence.

3. He Is Hesitant to Discuss the Future

Scorpios are very present-minded and focused on enjoying the moment as it happens. They’re known as a fixed sign, which means that they are very set in their ways.

It will take a long time for a Scorpio man to talk about long-term stuff. Don’t worry too much if he’s not giving this to you early on in a relationship.

If he has made long-term plans with you and is suddenly hesitant to move forward or changes his mind, this is a red flag. It’s a sign that he is losing interest. It also may indicate that he is feeling overwhelmed. He bit off more than he can chew and feels like he can’t fulfill everything he has promised you.

If your Scorpio man is struggling with these conversations, take some pressure off. Chat about the present moment and make smaller plans and goals. If he is losing interest in the relationship, you certainly don’t want to get entangled in long-term plans!

Related: How to Attract a Scorpio Man

The watery Scorpio is no stranger to the world of emotions. He feels very deeply and connects with others by sensing and relating to their feelings.

When a Scorpio man stops making loving comments or asking how you’re feeling on a regular basis, something has changed.

He is still going through the motions of dating, but he doesn’t want to open up about his feelings.

You’ll notice that he’s pulling away if he gives short, “cool” responses or brushes off concerns. He may also bring up another topic to avoid having to talk about the root of his feelings.

This is his subconscious way of saying goodbye, but he might not know how else to handle it at this point in time.

Passive-aggressive behavior is a sign that your Scorpio man wants out of the relationship, but he doesn’t know how else to express it.

In his head, he knows you are not right for him and this feeling makes him angry with himself. He takes this anger out on you by being cold or critical in subtle ways.

He may cancel plans, give you the silent treatment, forget about important dates, or act distant.

It can become toxic when one partner takes out their frustration on the other. This behavior definitely represents the dark side of Scorpio. You’ll need to confront your Scorpio man about this behavior or end the relationship.

6. He Starts Hanging Out With Other People More

Scorpios prefer to stay at home alone or with loved ones. They aren’t the most outgoing members of the zodiac. So when you notice your Scorpio man suddenly having a lot of social plans, something is up.

They’re flirting with the idea of being single or seeing another person. The Scorpio man can fall into the role of a “player” very easily, so be aware of this behavior.

If you notice him spending more time with friends who are single or acting flirtatious towards others, it’s time for a talk.

7. The Intimacy Goes Away

Scorpios have sexual natures and this is one of the best ways to tell if your Scorpio man is feeling passion and connection. If you’ve noticed that he is avoiding time in the bedroom or seems distracted when you’re there, it’s a big sign that his feelings have changed.

Scorpios may have sex sooner than certain other signs. However, they aren’t particularly interested in meaningless sex. Even if they are able to pretend that the relationship is working out in every other area, they won’t be able to in this one.

When your Scorpio man is losing interest in you sexually, it can be hard to accept. It’s important to realize that it’s a sign of his feelings for you changing. This way, you can protect your own sense of intimacy and realize that it may be time to move on.

8. He Stops Trusting In You

Scorpio men are very protective of their hearts. They don’t open up easily and they build trust over time, so if your Scorpio man has lost his faith in you it’s for a reason.

It may be an inner fear that stops him from trusting you. If he was cheated on previously in a relationship, he may play out the same emotional patterns from before.

You’ll also want to question whether you have done anything to damage trust in the relationship. It may be something larger such as cheating. But Scorpios are very sensitive and can be hurt by small verbal slips.

I once ruined a relationship with a dear Scorpio friend over a small insult. He opened up to me about a painful experience he was having at work. I told him to toughen up and work harder, rather than blame others for his problems. My bluntness completely threw him off guard and he shut down fast. He never came to me with his problems again after that and we drifted apart.

You can imagine that a Scorpio man may be even more sensitive in a romantic relationship. Make sure to tread lightly when supporting him emotionally. If his trust is fading, think hard about whether you’ve breached his trust with insensitive comments in the past.

9. He Stops Bringing You Gifts

Many relationships start with gift-giving. It can fade over time as you get to know each other, but Scorpio men love to give small gifts all of the time. They are very nurturing and this includes finding ways to make you happy.

When a Scorpio man isn’t feeling the relationship anymore, he’ll stop giving gifts and trying to please you. You might also see him acting more distant or cold emotionally and physically.

One of the best things to do is to confront your Scorpio man about this. You don’t have to be accusatory. Let him know that you love the small gifts and acts of service that he provides. Ask him why his heart isn’t in it anymore. He will likely tell you the truth, and you’ll know if he’s done with the relationship.

10. He Starts to Feel Stifled

He may say things like, “I feel like I’m losing myself,” or, “Our relationship isn’t going anywhere.” He may also ask for more alone time or suggest you do more things solo.

One of the best ways to approach a Scorpio man about commitment is by asking him what he wants out of life. This will help you understand his hopes and dreams better so that you can be on the same page. If your goals are wildly different, he may feel too stifled to continue the relationship.

You’ll want to avoid lashing out at him or getting angry in return. Instead, think about what you need and how your relationship can meet both of your needs.

When are other Zodiac Men done with you?

You now have a clear idea when a Scorpio Man is done with you. Do other Zodiac Men give you similar signals? Find out in below articles:

People are drawn to Scorpio men because of their magnetic personalities and mysterious natures. It can be hard to let go of these kinds of relationships. But if the Scorpio man is done with you, there’s no point in prolonging what clearly isn’t working for either person involved.

Take these pointers and think about how to improve your relationship. Honest conversations will go a long way in getting to the bottom of things. But following your heart and personal needs is the best way to achieve romantic happiness in the long run.

To increase your chances of a true Scorpio romance, learn all the Scorpio Man Secrets!