When an Aquarius Man Is Done With You. 10 Clear Signs Revealed. 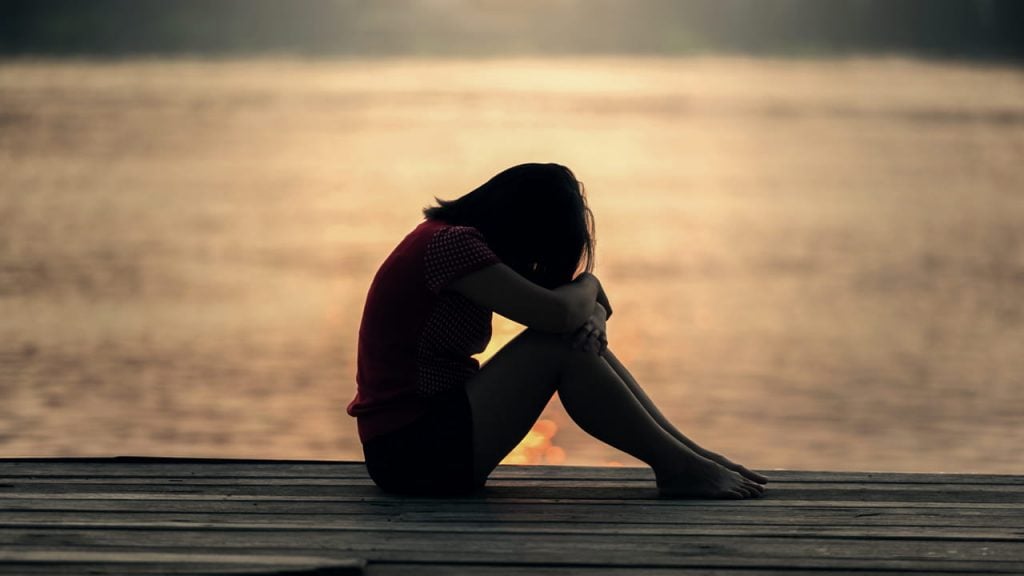 So, you’ve been dating an Aquarius man and things were going great. You were always laughing together, he’s always up for trying new things, and he seems really into you.

But then all of a sudden, he just stopped calling or texting. He might have started avoiding you altogether. What happened? Why did he suddenly lose interest? Well, the answer is actually pretty simple: your Aquarius man may be done with you.

It can be hard to let go of the relationship, but it can make things a little easier when you know the signs of when an Aquarius man is done with you. Here are a few key signs to watch out for:

In this blog post, we’ll take a closer look at the signs that an Aquarius man is over you and what you can do to intervene or move on:

How Do You Know When An Aquarius Man Is Done With You?

1. He Stops Trying to Make Plans With You

Aquarius men are very attached when they’re in a romantic relationship. They like to make plans with you as many nights of the week as you’ll allow when they’re head over heels for you.

However, if your Aquarius man isn’t very excited about making future plans with you, something may have changed. This is an early sign that his feelings are shifting in the relationship. It could be something as small as plans for the weekend or something as large as moving in together.

If he starts making excuses or seems hesitant to commit, it’s a sign that he may be done with you.

When your Aquarius man is in love, he’ll show it. He’s not the type to hide his feelings. So, if you notice that he’s no longer being affectionate or telling you how much you mean to him, it could be a sign that his feelings have changed.

You may notice he has stopped saying “I love you” or he doesn’t act as interested in hearing about your day. These are all signs that he may not be feeling the same way about you as he once did.

Related: Rekindle his love by getting him the perfect present!

Your Aquarius man is an air sign which means that he loves to debate and discuss. When he’s in a relationship, he’s interested in hearing your opinions on everything from politics to the best way to make a cup of coffee.

However, you may notice that he’s no longer interested in what you have to say or he doesn’t want to engage in debates with you anymore. It could be a sign that he’s not feeling the same spark that he did before.

Aquarius men are usually pretty generous, especially when they’re in a relationship. They want to treat their partners well and make them happy. So, if you notice that your Aquarius man is suddenly being cheap with you, it may be a sign that this Aquarius man is done with you.

Aquarius men are known to be open-minded and easy-going. So, if you notice that your Aquarius man is starting to act more stubborn and inflexible, it may be a sign that he’s done with you.

He may also start becoming more critical of you and your actions. If this Aquarius man starts pointing out all of your flaws, it’s a strong indication that his feelings have changed.

6. He Doesn’t Commit to Things

Have you noticed your Aquarius man missing out on a few special events recently? Or does he say he would love to join you for an activity but then never shows up? If this starts to happen more frequently, it’s a sign that he may not be as committed to you as he once was.

Aquarius men are known for being flaky, but if this behavior starts happening more often, it’s a sign that he doesn’t see a future with you. He may not be interested in attending family gatherings or other events that require a long-term commitment.

Aquarius men are known for being aloof, but there is a subtle difference between this and avoidance.

You may notice your Aquarius man is less likely to answer your calls or texts right away. He may also start making excuses to not see you. If this Aquarius man starts becoming more distant, it’s a sign that he may be done with you.

8. He Acts Hurtful All the Time

Aquarius men are some of the most joyful people to be around, even to a fault. They like to turn negative situations into positive ones and they rarely hold grudges. So, if you notice your Aquarius man is starting to act hurtful all the time, it’s a sign that he may be dealing with larger issues.

It’s possible that he’s been hurt in the past and is now taking it out on you. It’s also possible that he simply doesn’t see a future with you anymore and doesn’t know how to express that. If this Aquarius man starts behaving in a way that hurts you emotionally, it may be time to let him go.

9. He Acts Indifferent When You Leave

Anyone who has dated an Aquarius man knows that they can be a bit clingy at times. They want to spend as much time with their partners as possible and they get upset when they have to be apart.

However, if you notice your Aquarius man is starting to act indifferent when you leave, it’s a sign that his feelings may have changed. He may not get upset when you have to spend most of your time at work or school. He may even suggest that you spend more time apart.

If this Aquarius man starts behaving in a way that makes you feel like he doesn’t care about you anymore, it’s a sign that he may be done with you.

Your Aquarius man is known for his light-hearted nature and playful attitude. He loves to make jokes and he’s always up for a good time. So, if you notice that your Aquarius man is suddenly acting more serious and less playful, it may be a sign that something is wrong.

Does an Aquarius Come Back After a Breakup?

It may be hard to hear, but when an Aquarius man decides he’s done with you, it’s rare that he changes his mind. Aquarius men are known for being independent and they make clean breaks when they’re done with someone.

However, Aquarians are also open-minded, so it’s possible that he may change his mind in time. He may realize that he misses you and wants to give things another try. He may also need time to reflect on his feelings and come to a new conclusion.

If you find yourself in this situation, it’s important to give your Aquarius man space. He needs time to sort out his feelings and he won’t be ready to talk things through until he’s good and ready.

How Do You Know an Aquarius Man Is Not Over You?

There are some tell-tale signs that an Aquarius man still loves you and wants to be with you, even if he’s not ready to admit it yet.

First, he’ll still try to spend time with you, even if he’s acting distant. He may not want to attend family gatherings or other events that require a long-term commitment, but he’ll still want to see you on a regular basis.

Second, he’ll still be interested in your life and what you’re up to. He may not want to talk about his own life, but he’ll still want to know all the details about yours.

Third, he’ll still act protective of you, even if he’s trying to keep his distance. If someone hurts you or says something mean to you, he’ll still be quick to defend you.

Fourth, he’ll still compliment you and make you feel special. He may not say “I love you,” but he’ll still find ways to show how much he cares about you.

How to Get an Aquarius Man Back?

If you’ve been dumped by an Aquarius man and you want him back, there are a few things you can do to improve your chances.

First, give him time to sort out his feelings. He’ll need some space to figure things out and he won’t be ready to talk about the relationship until he’s good and ready.

Make sure not to bring any drama into the situation. This is one of the quickest ways to make an Aquarius man move on from a relationship. Instead, flaunt your intelligence, confidence, and kindness when talking with him.

Prioritize your friendship and let him know that you’re still there for him, even if things don’t work out romantically. He’ll appreciate your support and it may help him realize how much he still cares about you.

Finally, avoid being too needy or clingy. This will only push him away further. Instead, focus on enjoying your own life and improving any areas that need work. This will show him that you’re a strong, independent woman, and he will find you irresistible.

How To Know When Other Zodiac Men Are Done With You

Now that we’ve covered the evasive Aquarius men, you might be wondering about the signs of other zodiac men. Let me help you with your search in the below articles:

It can be painful to suspect that your Aquarius man is done with you. Now that you know some of the signs, it’s important to have a conversation so you two can figure out what’s going on.

Cold-hearted Aquarius men may seem like they’re impossible to win back, but it’s not always the case. If you give him time and space, he may come to realize that he still wants to be with you.

In the meantime, focus on enjoying your own life and being the best version of yourself. This will only make you more attractive to him and increase your chances of happiness in the end.

Do you need some support to better understand and communicate with your Aquarius man? Aquarius Man Secrets is a complete guide to attracting, dating, and having a deep, loving relationship with an Aquarius man. With these tips, you can mend your relationship in no time!