10 Signs a Cancer Man Has Feelings For You 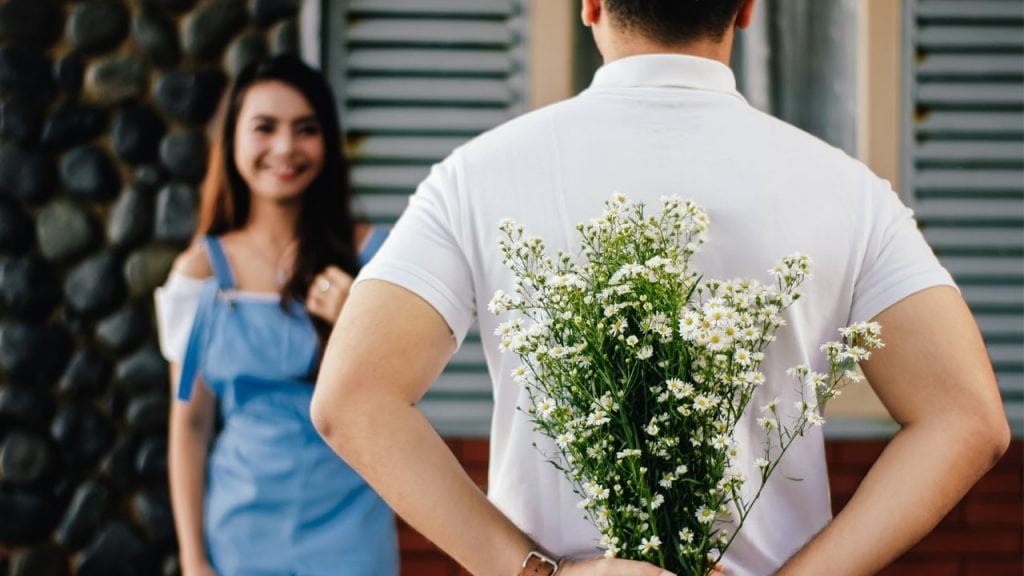 Cancer men are typically very sensitive and it can be difficult to know if they have feelings for you. Signs a Cancer man has feelings for you include his behavior, body language, and words.

Cancer men are ruled by their emotions and have a tendency to become attached quickly. The planet associated with the zodiac sign is the moon, which symbolizes emotional energy, change, and subconscious desire.

Cancer men are known to be in touch with their emotions and possess a strong intuition about others. Just like the moon, their feelings can change like tides. This can make it hard to know exactly what a Cancer man is thinking at any given moment.

I have always been straightforward with my Cancer partner, and sometimes this has been at the expense of his feelings. It wasn’t best to overtly ask him about his intentions, but better to take time to observe his behaviors and patterns. Over time, I have learned to be more tactful.

You can learn from my trial and error and read your Cancer man by looking for the following signs that he has feelings for you:

Read on to learn more about how to tell if a Cancer man is interested in you in a romantic way. If you’re able to detect the signs early on, you can use his feelings to your advantage.

Signs a Cancer Man Has Feelings for You

1. He’s Physically Affectionate With You

Cancer men are represented by the crab. This animal has a tough exterior that hides a sensitive interior. When a Cancer man is interested in you, he will let his guard down and show his softer side.

One way he could do this is by expressing physical affection towards you. He will want to touch you, hug you and hold your hand. If he’s not normally a physical person, this could be a sign that he has feelings for you.

Cancer men are known to be very protective of the people they care about. As a Cancer man becomes more attached to you, he will begin acting possessive and even jealous when you spend time with other people.

He may express this by wanting to know where you are at all times or asking who you were talking to on the phone. This is a sign that he’s invested in your relationship and wants to make sure you’re only his.

3. He Messages or Calls You Regularly

If your Cancer man is sending you plenty of messages or calling you often, it’s a sign that he’s thinking about you all of the time. Cancer men are sentimental and like to stay in touch with the people they care about. If he’s not normally a text-y person, this could be an indication that he really likes you.

He may check-in to see how your day is going or share a funny story. He may also send flirty texts like “thinking of you” or “missing you.” If he normally isn’t this affectionate, it could be another sign that he has feelings for you.

4. He Makes Plans for the Future With You

Cancer men are very future-oriented. If your Cancer man wants to make plans with you, it’s a sign that he sees a potential for the two of you together in the long run. He may ask if you would like to accompany him on vacation or hear about his next business meeting.

This is because Cancer men love building security in their relationships. If he’s already making plans for the future with you, it means he’s thinking about a future together.

5. He Asks You Deep Questions

Cancer men are known for being deep, emotional thinkers. Your Cancer man may ask you probing questions about your life or past relationships. This is a sign that he’s interested in getting to know you on a deeper level.

He may want to know what makes you tick or what your hopes and dreams are for the future. This is because Cancer men take the time to get to know their significant others on a deeper level before making any decisions about commitment.

If he’s asking you probing questions, it could be another sign that your Cancer man has feelings for you. He may want to make sure that this relationship will meet his long-term needs and goals.

Cancer men can be moody at times. This is because they tend to wear their hearts on their sleeves and feel things very deeply. If your Cancer man is acting grumpy or irritable with you, it could actually be a sign that he is developing deeper feelings for you.

This may seem contradictory, but it’s actually because his moodiness is a sign that he cares about you. He trusts you enough that he can be his full self around you. This includes the good times as much as the bad.

You’ll want to make sure that there isn’t any underlying issue that is causing him to act out. If you find that he often becomes moody around you, it could also be a sign that his feelings for you are more complicated than they seem at first glance.

Related: When a Cancer Man is done with you

7. He’s Impressed by You

Cancers are very ambitious and goal-oriented. If he expresses interest or appreciation for your own ambitions in life, it’s a sign that he’s impressed by you. A Cancer man isn’t impressed by any old thing – he has to be genuinely interested in you as a person before he’ll start showing any signs of interest.

If your Cancer man showers you with compliments and expresses how proud he is of you, he has feelings for you. It’s definitely a sign that he is thinking of you more often and interested in your lifestyle.

He may tell you that you’re smart, beautiful, or successful. If he’s proud of the person you’re becoming, it means that his feelings for you are on an upswing.

8. He Shares His Secrets With You

Cancer men are known for being private and guarded. They usually don’t share their innermost thoughts and feelings with anyone.

If your Cancer man is opening up to you about his hopes, fears, or dreams, it’s a sign that he trusts you more than others. He may even tell you personal details about his life that he’s never shared with anyone else.

When a Cancer man starts to trust you enough to share his innermost thoughts and feelings, it’s a sign that he sees you as a long-term partner. He may not be ready for a commitment yet, but he definitely sees potential in the two of you together.

9. Acts Shy Around You

Cancer men can have a lot of pride and can seem quite confident to others. When they fall for someone, however, they often act shy and reserved around that person.

If he’s acting much more quiet or introverted than usual when you’re together, it could be a sign that his feelings are deepening. He may not want to show how nervous he is around you.

Remember that shyness can be a sign of love. He may act warm, romantic, and loving around you, but also seems to get nervous or tongue-tied when you’re alone together. This could mean he has feelings for you.

Your Cancer man may not express his emotions in the same way as others do, and this is often seen as being aloof or cold. If he seems to be more reserved around you than usual, it could mean that his feelings are deepening for you. He may be trying to take things slow so his emotions don’t overwhelm him.

Cancer men are natural-born flirts. They love to make people feel special and they love the thrill of the chase.

If your Cancer man is being extra flirty with you, it’s definitely a sign that he’s attracted to you. He may touch you often, give you compliments or try to have time alone with you.

Flirting is one of the easiest ways for a Cancer man to show his interest in someone. Almost more importantly, he loves to be flirted with in return.

If you can flirt back with him and make him feel special, it will only deepen his feelings for you.

Do Other Zodiac Men Have Feelings For You?

Now that we’ve explored the signs a Cancer Man has feelings for you, let’s also take a look at other Zodiac Men. Will they show you similar signs?

Cancer men have large hearts and they fall in love deeply and passionately. If you’re lucky enough to have a Cancer man interested in you, it’s important to know the signs that his feelings are deepening.

By being aware of these signals, you can better understand what he’s feeling and know how to respond appropriately.

If you think a Cancer man has feelings for you and want to take the next step, check out Cancer Man Secrets by Anna Kovach. This informative guide will teach you how to make him yours for keeps.