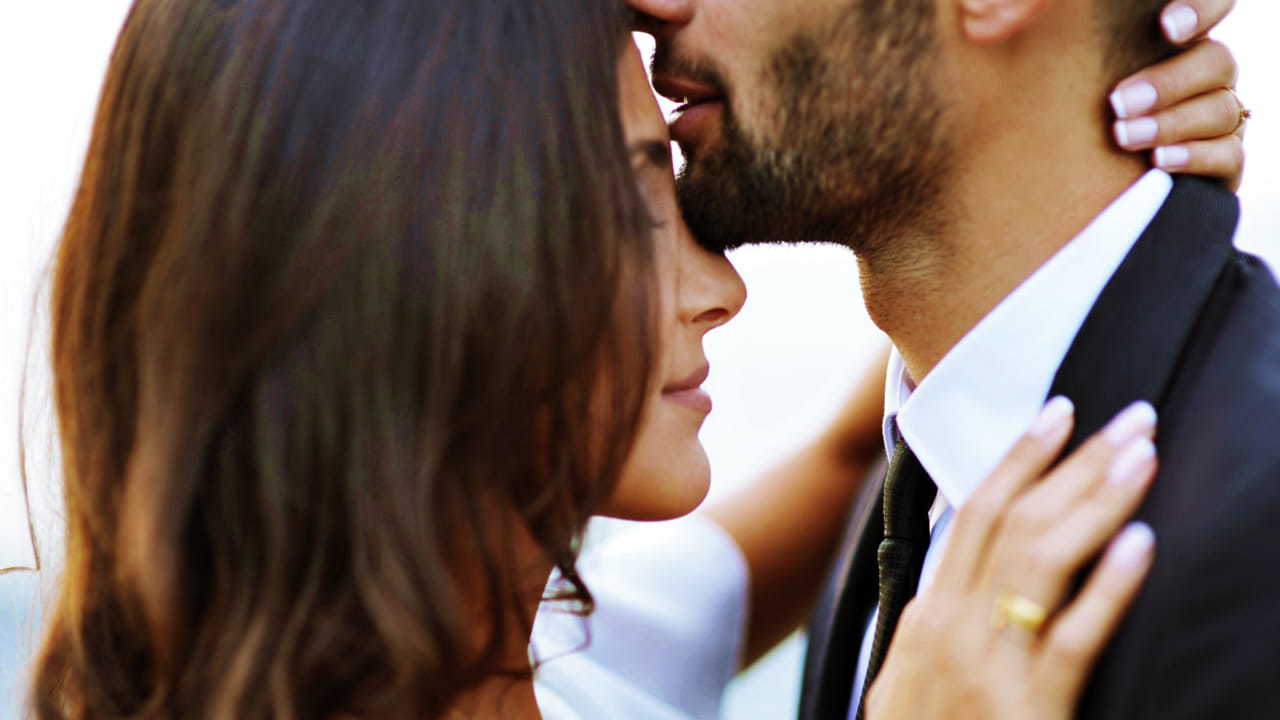 The Aquarius man is known for being free-spirited and independent. He is a man who is comfortable in his own skin and does not need anyone to complete him.

The Aquarius man is often ahead of his time and has unique ideas that others may not understand. He is comfortable with change and enjoys new experiences.

Read on to learn more about this powerful and mysterious man.

The best way to learn about the Aquarius man is to learn about his inherent traits. These will come out in every aspect of his life, from the way he dresses to the career he chooses:

The best thing about an Aquarius man is that he is always true to himself. He has strong convictions and is not afraid to stand up for what he believes in, even if it means going against the grain.

Because of his generally positive nature, he can be very supportive of others and their goals, even if they’re not aligned with his. He is also a great listener and will offer helpful advice when asked.

Since he is ruled by Air, he is a very witty, creative, and intellectual man. He likes to use his mind to come up with new ideas and solve problems. The influence of the air element also makes him a good communicator.

The Aquarius man is a fixed sign, which means that he can be very stubborn. Once he has made up his mind about something, it is very difficult to change it. This can make him inflexible and unyielding, even in the face of new evidence.

This is somewhat ironic, considering he is such an innovative thinker. But when it comes to his personal beliefs, he is not naturally open-minded.

The Aquarius man can also be aloof and detached. He often has trouble getting close to people and may seem emotionally distant. This is because he tends to intellectualize his emotions and suppress them.

This could lead to him being a loner or feeling misunderstood by others.

What Is an Aquarian Man’s Weakness?

The weakness of the Aquarius man is that he can’t admit his faults. This relates to his stubborn tendencies. He always thinks he is right, even when the evidence suggests otherwise. In his mind, he has done the proper research and comes to a logical conclusion.

It doesn’t matter if a whole room of people is telling him he’s wrong, he will still believe he is right. He even may become more resistant as others try to pressure him into admitting he’s wrong.

This can lead to him being dogmatic, inflexible, and even arrogant. It’s important for the Aquarius man to learn to listen to others and be open to new ideas. Otherwise, he will close himself off from potential growth opportunities.

This weakness can make him very difficult to live with or be in a relationship with. The Aquarius man needs someone who is patient and understanding. Some who can help him see different points of view in a gentle and non-threatening way.

Getting to know an Aquarius man can be a lot like trying to assemble a puzzle. All the pieces are there, but they may not fit together in the way you expect. Here are some things to keep in mind when getting to know this unique and intriguing man:

An Aquarian man’s behavior is often unpredictable. One minute he may be playful and fun-loving, the next he may be deep in thought or completely serious. His moods can change quickly and without warning.

This can make him seem erratic or even unstable at times. But it’s just part of his nature. He is a complex man with a lot going on inside his head.

His rebellious nature may also manifest in his behavior. He doesn’t like to be told what to do and may go out of his way to do the opposite of what is expected.

He won’t act as brashly as an Aries man or Sagittarius man when in a disagreement. He is more likely to agree to disagree and walk away from the situation.

The Aquarius man loves to be inspired. He is attracted to creative and innovative people and projects. He also enjoys deep conversations about life, the universe, and everything in between.

Learning is a favorite pastime for the Aquarian man. He loves to read, research, and explore new ideas. He is also a big believer in progress and making the world a better place.

On the other hand, he dislikes small talk and superficiality. He may come across as aloof or even arrogant at times because he simply doesn’t have the patience for these conversations.

He also doesn’t like to feel dependent on anyone. This could manifest as a fear of commitment or a need for constant change in life. If others are overly clingy or needy, he will likely push them away.

The Aquarius man is often a devoted and loyal family member. He has a strong sense of duty and responsibility when it comes to taking care of his loved ones.

But he may not always show his emotions openly. He may seem distant or even cold at times. This isn’t because he doesn’t care, but because he finds it difficult to express his feelings.

It’s likely that this man will raise his children in an alternative environment such as a commune or an intentional community. He wants his children to have the freedom to be themselves and follow their own paths in life.

While an Aquarius man may have many acquaintances, he will only have a few close friends. He is very picky about who he lets into his inner circle.

Once you make it into his inner circle, he will be deeply affectionate. He will trust you with his secrets and confide in you about his hopes, dreams, and fears.

He may also be a bit of an eccentric or quirky friend. He isn’t afraid to be different or to stand out from the crowd. His unique perspective can add a lot of depth and dimension to a friendship group.

You may find yourself on adventures you never would have dreamed of taking with anyone else.

Some possible career choices for an Aquarius man include:

These jobs all allow the Aquarius man to use his unique perspective and inventive nature to make a difference in the world.

The Aquarius man is not materialistic. He doesn’t care about status symbols or designer labels. He would rather spend his money on experiences or humanitarian causes.

While he may not be focused on money, he is still good with finances. He is able to save money and make wise investments. He also has a knack for finding bargains and getting good deals.

Aquarius Man In Love and Relationships

Are you interested in an Aquarius man romantically? Let’s break down all of the important aspects of his love life to see if he is the right man for you:

How to Date an Aquarius Man

The best way to start dating an Aquarius man is by starting a friendship with him. He is more likely to open up and be himself around someone he trusts.

An Aquarius male also appreciates personal space in a relationship. He needs time to himself to pursue his own interests and goals. It’s important to respect his need for independence.

How to Treat an Aquarius Man

Knowing how to pull out all the stops with an Aquarius man is the fastest way to his heart. Here are some tips:

These tips will help you create a strong foundation for a lasting relationship with an Aquarius man. He will likely treat you with respect if you treat him the same way.

What an Aquarius Man Needs in a Woman

Aquarian men are attracted to many different types of women, but there are a few foundational qualities they’re looking for in a partner:

When an Aquarius man falls in love, he focuses on his partner singularly. He easily lets go of other potential love interests and gives his full attention to the woman he’s with.

He may try to test you in small ways to make sure the feeling is mutual. Once you pass, he will go all in.

You’ll notice he is acting less aloof and is giving more attention to you. He may start to ask more questions about your personal life, invite you to more events, or daydream about future plans with you.

By this point, the two of you have probably developed a good rapport. Since he’s comfortable talking to you and his feelings are deepening, at this point he will begin to share his hopes, dreams, and fears with you.

He will want to know that you’re a safe person to confide in.

He may also start to get more touchy-feely with you as his feelings progress. He likes to let people know how he feels about you once he is fully committed and will show it physically.

Best Match for the Aquarius Man

The Gemini woman is the best natural match for the Aquarius man. They are both air signs, so they understand each other’s need for mental stimulation and freedom. Gemini women are also very expressive, creative, and intelligent – all qualities that the Aquarius man is looking for in a partner.

The two signs do have their differences, however. The Gemini woman is more emotional than the Aquarius man and may take his aloofness personally. She will need to learn to give him the space he needs without feeling hurt or rejected.

Worst Match for the Aquarius Man

The least compatible match for the Aquarius man is the Taurus woman. Both of these signs are fixed and extremely stubborn, making it hard for them to find common ground.

The Aquarius man is constantly changing his opinions and the Taurus woman likes things to stay the same. This difference in lifestyle choices can be a major source of conflict between the two signs.

All in all, the Aquarius man is an enigma. He is complex and often contradictory. But he is also fascinating and charismatic. If you can understand him, you will have a loyal friend for life.

Your journey towards understanding the Aquarian man doesn’t have to end here. Aquarius Man Secrets is the ultimate guide to understanding, attracting, and keeping your Aquarius man.

This book will teach you everything you need to know about the Aquarius man. This way, you can avoid the mistakes that other women make and keep him hooked for good.