Is a Taurus Man Testing You? 10 Ways You Can Tell Immediately 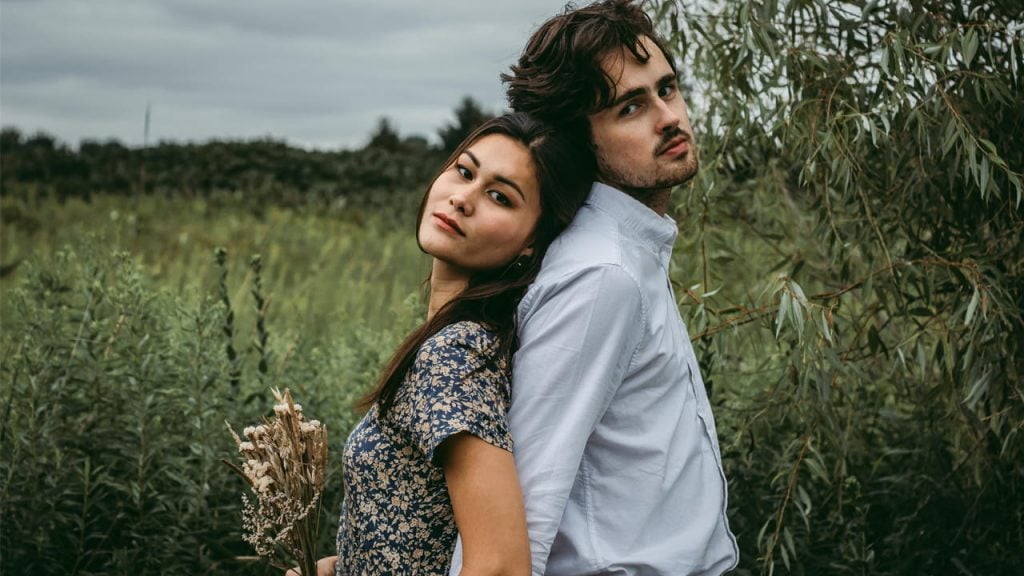 Are you wondering about a Taurus man testing you? If so, you’re not alone! Many women find themselves in this situation. He’s down-to-earth and approachable, but can also be difficult to read.

As an outgoing Sagittarius, I’ve definitely had to adjust to the subtle signals of the Taurus man.

In one moment I felt like I had him figured out, and then he would change the game. So if you’re looking for surprises and intellectual challenges in your dating life, a Taurus man will keep you on your toes.

Eventually, a Taurus man will settle down. He is ultimately a stable, loving partner who will be there through thick and thin. Once you pass his test and he’s sure you’re the one, he’ll be endlessly loyal.

In order to determine if a Taurus man is testing you, it’s important to know what they value in a relationship. Here are ten ways you can tell if he’s trying to see how serious you are:

Once you understand what a Taurus man is looking for in a relationship, it’s much easier to decipher his testing behavior. If you can confidently pass these tests, you’ll be rewarded with a loyal and loving partner who will make you feel appreciated and admired.

Is a Taurus Man Testing You? How To Tell:

1. He Listens More Than He Speaks

The Taurus man knows how to wait his turn when it comes to talking. He’s not as mysterious as the Scorpio man, but he has an understated and calming presence. When he’s with you, he’ll be a good listener and will take time to understand your point of view.

If the Taurus man is testing you, he’ll be interested in finding out what you have to say. He won’t bombard you with questions or try to dominate the conversation.

You may feel like you’ve been taking up too much of the conversation, but the Taurus man will be happy to listen. This gives him an opportunity to decide whether or not he wants to pursue a relationship with you based on shared interests and values.

The Taurus man is not one to rush into things. This sign is ruled by the bull, a creature that prefers to comfortably graze in the meadows before making a move. In relationships, the Taurus man will take things slowly to make sure that both partners are on the same page.

If you’re dating a Taurus man and he’s testing you, he’ll want to know how patient you are. He’ll put some distance between himself and you in order to see how you’ll react.

If you’re able to handle the separation without getting too clingy, he’ll know that you’re someone who can be depended on.

On the other hand, if you start calling and texting him constantly, the Taurus man will realize that you’re not a good match for him. He needs time to process information and make decisions, so if you can’t handle a little bit of space, the Taurus man is not for you.

3. He Asks About Your Previous Relationships

Taurus men are ruled by the planet Venus, which is the planet of love. This sign is known for being romantic and attentive in relationships.

If a Taurus man is testing you, he’ll be interested in your previous dating experiences. He’ll want to know what you’ve been looking for in a partner and if you’ve had any serious relationships.

The Taurus man wants to make sure that he’s not wasting his time with someone who is not ready for a commitment.

However, if you’ve been in long-term relationships or have been married before, the Taurus man will see this as a sign of stability. He’ll be reassured that you’re someone who is capable of commitment and can provide him with what he’s looking for in a relationship.

4. He Lets You Spoil Him

This romantic and earthy man loves the finer things in life and appreciates a partner who can spoil him rotten. If the Taurus man is testing you, he’ll be happy to let you take care of him. He’ll enjoy receiving compliments and being treated to special dinners or gifts.

You may notice him pausing at the dinner table when the bill arrives. This may be an opportunity for you to reach for your wallet and show him that you’re willing to offer a treat.

You can also dote on him by sending him romantic text messages or bringing him a small surprise gift on your next date.

If the Taurus man is testing you, he’ll be looking for signs that you’re a generous and loving person. He wants someone who can appreciate his simple pleasures and make him feel special. If you can do this, he’ll know that you’re the one for him.

Related: Spoil your Taurus Man with the perfect gift from my Taurus Man Gift Guide!

5. He Acts Polite But Distant

As mentioned above, the Taurus man doesn’t feel the need to constantly be talking. This may come off as distant, but it’s probably just a sign that he’s trying to act like his normal self and seeing how you will react.

It’s best if you can reflect the same demeanor and not bombard him with questions. The Taurus man is known as a fixed sign, meaning that he is most comfortable when things are stable and predictable. If you can provide this for him, he’ll be more likely to open up to you.

6. He Gives You Decision Making Power

Taurus men usually love a confident woman who is not afraid to take charge. If the Taurus man is testing you, he’ll give you decision-making power in order to see how you’ll handle it. He wants someone who can make decisions and take charge when needed.

If you’re able to confidently make decisions without asking for his opinion every time, the Taurus man will be impressed. This may be a sign that you’re someone who is capable of taking care of yourself and can handle whatever life throws your way.

7. He Tests If You’ll Impress His Friends & Family

Taurus men are usually quite close to their families. They have small but mighty friend circles as well, usually comprised of people they will be close to their whole lives.

He may invite you to a family gathering or introduce you to his friends. He’ll be watching and listening carefully to see how you interact with them. If you make a good impression, the Taurus man will know that you’re someone he can trust and rely on.

8. He Shows You His Stubbornness

The Taurus man is infamously known for being stubborn. This can be a good thing or a bad thing, depending on how you look at it. If the Taurus man is testing you, he’ll show you his stubbornness in order to see how you’ll react.

If you’re someone who gets easily frustrated or angered, the Taurus man will know that this isn’t the right relationship for him. On the other hand, if you’re someone who can handle his stubbornness and remain calm, he’ll be more likely to open up to you.

Dealing with a Taurus’ stubbornness often comes down to patience. If you have enough of it, you’ll be able to handle him just fine. If you’re a more impulsive sign such as an Aries, Leo, or Sagittarius this may be a difficult task for you.

9. He Will Put You In a Challenging Situation

Taurus men value hard work and overcoming challenges. If the Taurus man is testing you, he’ll likely put you in a challenging situation in order to see how you’ll react.

He may suggest a date such as a challenging hike or ask you to do a difficult task such as fixing something around the house. If you’re able to handle the challenge and come out on top, the Taurus man will be impressed.

This is another way that he tests your patience and determination. If you can pass his challenges with flying colors, he’ll know that you’re someone he can rely on.

10. He Tests Your Capacity To Support Him

At the end of the day, the Taurus man seeks stability in his relationships. He will need to know how much you’re able to support him both in emotional and financial areas to get comfortable with taking the next step.

If the Taurus man is testing you, he’ll likely ask for your help with something. He may need a ride somewhere or want you to help him with a work project.

If you’re able to help him out and support him, especially over the long term, the Taurus man will be more likely to open up to you.

How Are Other Zodiac Men Testing You?

Now that you have a clear understanding of a Taurus Man testing you, you might be wondering about other men’s tests. Find out more about those in the below articles:

If you’re lucky enough to have a Taurus man testing you, know that you’re someone he’s considering for a relationship.

These tests are his way of seeing if you’re the right woman for him. Pass them with flying colors and you’ll be able to win over the heart of the Taurus man!

Want to learn even more surefire tips about how to make a Taurus man fall in love with you? You’ll find everything you need in the Taurus Man Secrets E-Book.

This comprehensive guide will teach you everything you need to know about the Taurus man. You’ll learn how to make him fall in love with you and keep him forever.